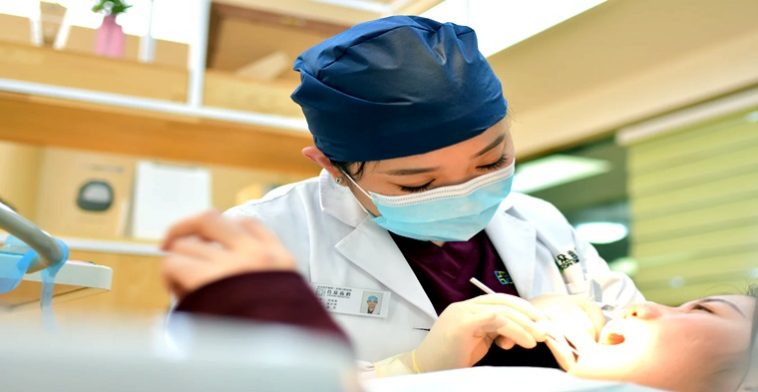 Can a probiotic made from a strain of bacteria found in Chinese pickles prevent cavities?

According to a new study by a team of Chinese and Israeli researchers, yes, it can.

The most common disease of the oral cavity, known as dental caries (cavities), is caused by Streptococcus mutans, the most prominent of a consortium of bacterium.

This bacterium lives on people’s teeth as biofilm (plaque) and known to cause cavities.

Extracting strains of Lactobacilli from Sichuan pickles, the researchers discovered that S. mutans was reduced by 98.4%.

Their findings were published in Frontiers in Microbiology in late April.

The research team started with 14 types of Sichuan pickles from southwest China.

They extracted 54 different strains of Lactobacilli and found that one, L. plantarum K41, reduced the incidence and severity of cavities quite significantly.

That particular strain is also highly tolerant of acids and salts.

Subsequent analysis in vitro and in vivo bore out the efficacy of this bacteria strain as a potential for probiotics.

Ben-Gurion University of the Negev’s Prof. Ariel Kushmaro of the Avram and Stella Goldstein-Goren Department of Biotechnology Engineering was the sole Israeli researcher on the team.