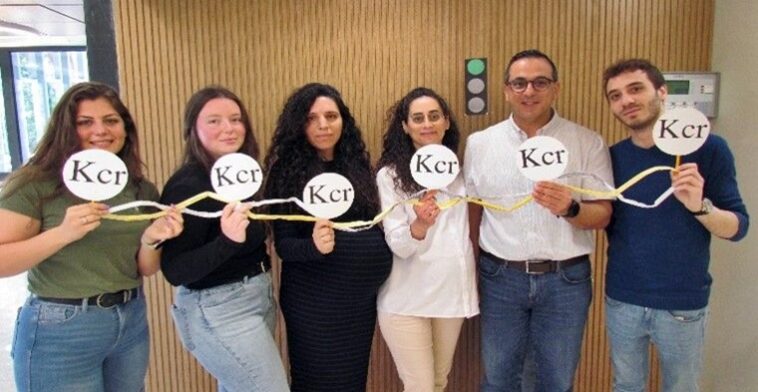 The genetic material (DNA) is a double-stranded molecule located at the nucleus of each cell of our body. DNA molecules can experience hundreds of thousands of lesions (mutations) each day.

One of the most dangerous DNA lesions is a double-stranded break (DSB) that affects both strands of DNA.

Fortunately, our cells contain hundreds of proteins that are involved in repairing these mutations and keeping our DNA intact.

Defective DSB repair could lead to the accumulation of mutations compromising the stability of our genome, which contributes to premature aging, developmental disorders, neurodegenerative diseases, and cancer.

For example, loss of BRCA1 or BRCA2 gene (two critical genes for the proper repair of DSBs) might lead to the development of breast and ovarian cancer. Prof. Ayoub’s lab is interested in understanding how cells repair DSBs and is focused on identifying new repair proteins and characterizing their role in DNA damage repair and cancer development.

Their ultimate goal is to translate these discoveries into diagnostic and therapeutic approaches to selectively eradicate cancer cells.

Transcription refers to the process of copying the information in DNA to a new molecule of messenger RNA that can encode proteins.

The researchers showed that CDYL1 protein is rapidly recruited to DSB sites and contributes to their repair. In addition, they discovered that CDYL1 protein participates in DSB-induced transcriptional silencing. Mechanistically, CDYL1 promotes DSB-induced silencing by removing a chemical modification called crotonyl (Kcr) from histones (proteins that wrap the DNA and control its activity) at DSB sites.

The researchers found that contrary to the current dogma, DSB-induced transcriptional silencing is not required for intact DSB repair. Broadly speaking, these findings expand our understanding of the mechanism that regulates gene expression after DNA damage, and shed new insights into the crosstalk between DNA repair and transcription regulation.