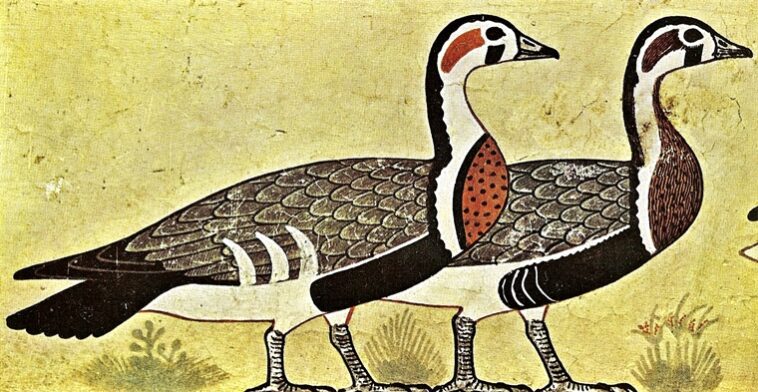 Species go extinct twice – one time when the last individual stops breathing, and a second time when the collective memory about the species disappears.

We live in an age of mass extinction, with biological extinctions predominantly caused by various human actions. However, in tandem with this process, and sometimes in advance of it, the loss of species from our collective memory and attention can occur, with their disappearance from our societies, cultures, and discourses – a phenomenon we refer to as societal extinction.

This process is especially pronounced for species that are already extinct, are rare or in other ways isolated from society.

Our interactions and experiences with such species can disappear, to the point of being collectively forgotten.

Societal extinction represents a challenge for the management and conservation of biodiversity, as public awareness of a species is key for conservation actions.

In a paper, published recently in the journal Trends in Ecology & Evolution, an international and interdisciplinary group of scientists explored the phenomenon of societal extinction.

They found that whether a species will become societally extinct depends on many factors, including its charisma, how important it is for society, including its symbolic or cultural values, whether and how long ago it went extinct, and how distant and isolated its range is from human settlements and activities.

Societal extinction occurs not only in extinct species, but also in extant species, often due to different social or cultural changes, for example through the urbanization and modernization of society that can radically change our relationship with nature, and lead to the collective loss of memory.

For example, replacement of traditional herbal medicine by modern medicine in Europe is believed to have degraded general knowledge of many medicinal plants.

As more and more species are becoming threatened, rare, or extinct, they also become isolated from people. This leads to the extinction of experience – the progressive loss of our daily interactions with nature.

As time passes, such species may fully fade from people’s memory. For example, studies conducted among communities in southwestern China and Indigenous people in Bolivia have shown loss of local knowledge and memory of extinct bird species.

“Such loss of memory got to the point where people were unable to even name those species, and didn’t remember what those species looked like, or their songs”, explains Dr. Uri Roll, co-author of the study.

“Similarly, the extinct Japanese wolf, Okami, has only a few specimens that can be found in museums nowadays, which challenges memory of the species within Japanese society”.

The converse can also occur, however. “Species can also remain collectively known and salient after they become extinct, or even become more popular”, explains Ricardo Correia, a researcher at the University of Helsinki, another co-author of the study.

“However, our awareness and memory of such species gradually becomes transformed, and often becomes inaccurate, stylized or simplified, and disassociated from the actual species”.

For example, one study showed that after the Spix’s macaw became extinct in the wild, children from local communities within its former range incorrectly believed that this species resided in Rio de Janeiro, because of its appearance in the animated movie ‘Rio’.

“It is important to note that the majority of species actually cannot become societally extinct, simply because they never had a societal presence to begin with”, says Ivan Jari, lead author of the study.

“This is common in uncharismatic, small, cryptic, or inaccessible species, especially among invertebrates, plants, fungi and microorganisms – many of which are not yet formally described by scientists or known by humankind.

They suffer declines and extinctions in silence, unseen by the people and societies.”

The phenomenon of societal extinctions can considerably challenge efforts aimed at the conservation of biodiversity, because it can affect our perception of the environment and expectations of its natural state, such as what is normal or healthy.

It can produce false perceptions of the severity of threats to biodiversity and true extinction rates and diminish public support for conservation and restoration efforts.

“Societal extinction can reduce our will to pursue ambitious conservation goals.

For example, it could reduce public support for rewilding efforts, especially if such species are no longer present in our memory as natural parts of the ecosystem”, Ivan Jari says underlining the importance of the findings.

As key measures to counteract societal extinction, the authors emphasized the importance of targeted, long-term marketing campaigns and conservation education to revive, improve, and maintain the memory of societally extinct species.