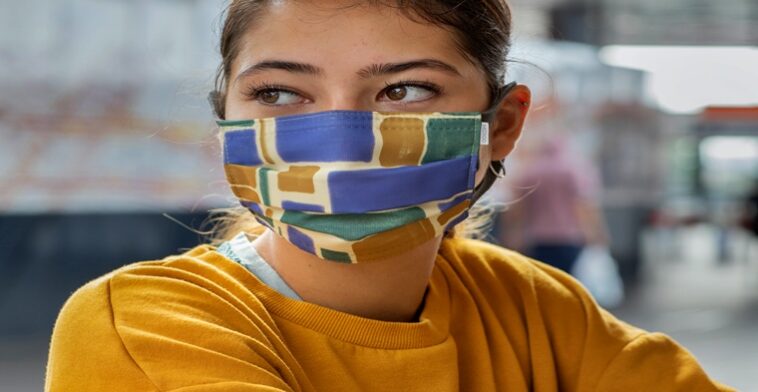 Children are having difficulty recognizing faces that are partially covered by masks. This could potentially impact social interactions with peers and educators, as well as the ability to form important relationships, according to a new study by York University and Ben-Gurion University of the Negev.

Previous research found mask wearing hindered facial recognition in adults. This new study by researchers at York University and Ben-Gurion University looked at 72 children, ages six to 14, to see if their experience was like that of adults. Faces were presented with or without masks, both upright and inverted.

“Faces are among the most important visual stimuli. We use facial information to determine different attributes about a person, including their gender, age, mood, and intentions. We use this information to navigate through social interactions,” says York University Assistant Professor Erez Freud of the Faculty of Health, the study’s senior author.

The research shows children’s face-perception abilities are not only profoundly impaired when people are masked, but their level of impairment is greater than that experienced by adults. Children have a 20 percent impairment rate for recognizing masked faces compared to about a 15 percent rate for adults.

The study also revealed children process faces differently when the face they are looking at is masked, compared to one that is not. Their ability to holistically process faces, which is necessary for face perception, was disrupted and became more analytical.

Typically, humans process the face as a whole rather than by its individual features.

“Not only do masks hinder the ability of children to recognize faces, but they also disrupt the typical, holistic way that faces are processed,” says Freud.

The researchers used the kids’ version of the Cambridge Face Memory Test – the most validated measure of face perception abilities in humans – to test the ability of school-aged children to recognize faces with and without masks, both upright and inverted.

“If holistic processing is impaired and recognition is impaired, there is a possibility it could impair children’s ability to navigate through social interactions with their peers and teachers, and this could lead to issues forming important relationships,” says Freud. “Given the importance of faces to social interactions, this is something we need to pay attention to.”

With children back to school with mask mandates once again, future research should explore the social and psychological ramifications of wearing masks on children’s educational performance, he says.