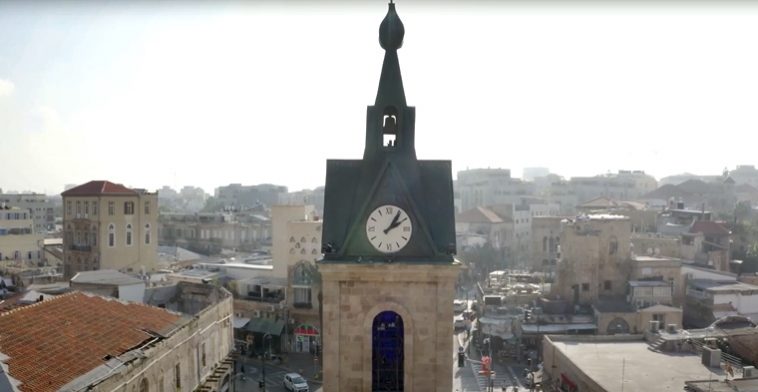 The Jaffa Clock Tower stands in the middle of the north end of Yefet Street in Jaffa. The tower, built of limestone, incorporates two clocks and a plaque commemorating the Israelis killed in the battle for the town in the 1948 Arab–Israeli War.

The Jaffa Clock Tower embodies everything we love about Old Jaffa. A modern tower in an ancient city, built by the diverse community of Arab and Jewish people who live there.

It is one of seven clock towers built in Ottoman Palestine. The others are located in Safed, Acre, Nazareth (though that one is significantly smaller), Haifa, Nablus. Jerusalem also had a clock tower built during the Ottoman period, but the British Field Marshal Sir Edmund Allenby, demanded its destruction as he would not see such a clear Ottoman symbol resting on the city wall of Jerusalem, for which he had much emotions.