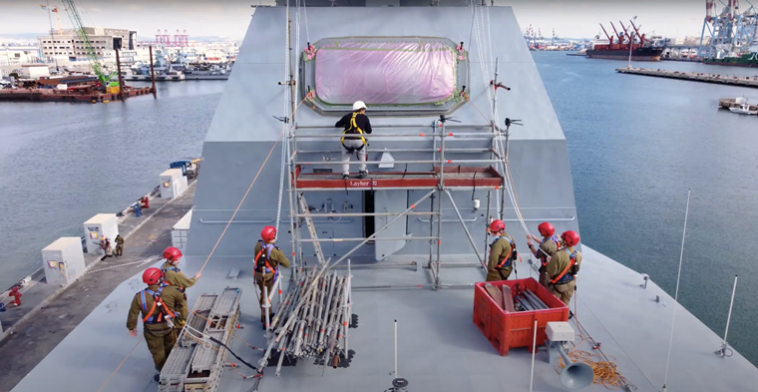 Naval battle systems, including the MF-STAR (Magen Adir) radar, are being installed on the Israeli Navy’s Sa’ar 6 premier defense warship and will provide a layer of defensive and offensive capabilities from air and sea.

Israel is integrating offensive and defensive systems, to enhance the ‘Sa’ar 6’ corvette’s capabilities and usher the Israeli Navy into a new technological era, under the guidance of Israel’s Ministry of Defense (IMoD) and the IDF.

The Israeli Navy completed the first phase of installing the MF-STAR (Magen Adir) radars on the Israeli Navy’s ‘Sa’ar 6’ corvettes and will continue to integrate the Barak MX Air Defense System (Ra’am Adir) on the vessels.

The radars will serve to locate and classify air and surface targets and help to build an advanced and detailed maritime picture of the surveillance area. The MF-STAR radar system, one of the world’s most advanced radar systems, will serve as the “brain,” integrated with all surveillance sensors on every one of the Israeli Navy’s new warships.

The radar system is also an important component of the Barak MX Air Defense System (Ra’am Adir), and provides a layer of defense against advanced aerial and naval threats.