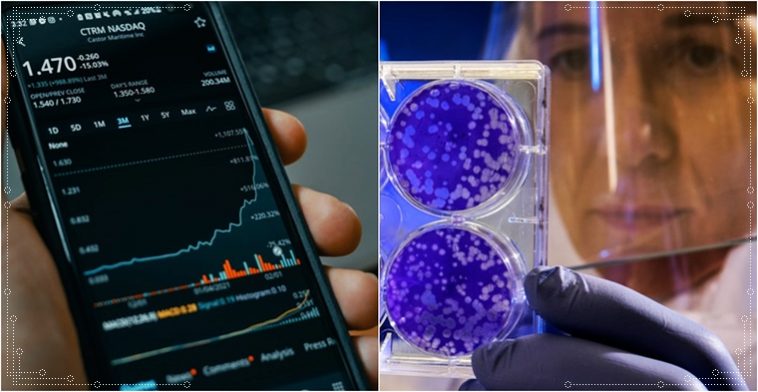 Israeli Scientists Model a Bacterial Cell as an Economy Leading to a New Unified Understanding of the Factors that Determine Their Growth.
Research made in Israel led by Dr. Rami Pugatch has taken a reverse engineering perspective to make discoveries in systems biology.

Their ongoing research project, “the cell as an economy,” seeks to understand how bacterial cells manage their self-reproduction, allocate resources, and mitigate risk.

By studying cellular physiology, the goal is to reverse engineer the optimization criteria that emerged evolutionarily.

Their findings were just published in the prestigious Proceedings of the National Academy of Sciences (PNAS) journal.

“Think of a bacterium as an economy which produces all of its machines using a giant 3d printer (the transcription-translation machinery), which can also print copies of itself.

Using this model, you can devise laws that explain the growth of this unique type of economy via the input-output model a-la Leontief, and autocatalytic network theory,” explains Dr. Pugatch.

For more than 100 years, biologists have been studying the question – what determines the cellular growth rate in a given environment?

Economists have been asking a similar question, namely – what are the factors that determine economic growth? Both questions are highly relevant to society.

Understanding the factors that determine bacterial growth is important to develop better antibacterial agents in an era where antibiotic effectiveness is deteriorating at an alarming rate.

Similarly, understanding the factors that determine the growth of an economy is important to better control economic growth and stability, fight poverty and inequality in the distribution of wealth and avoid economic crashes, inflation, and high unemployment rates.

Before this research, a well-known “bacterial growth law” attributed the growth of bacteria to the fraction of ribosomes involved in synthesizing more ribosomes than the ribosomes’ synthesis rate. While this phenomenological law was experimentally shown to be valid in an impressive variety of biological circumstances, inexplicably, a few cases did not seem to follow it.

Furthermore, theoretical attempts to explain the law’s successes required the assumption that the cell optimally allocates its resources, which generated skepticism.

Now, using their out-of-the-box perspective, Dr. Pugatch, and his team, were able to derive both known and novel types of growth laws and discuss their validity.

Significantly, they also explained the observed cases where the known phenomenological ribosome growth law seems to fail and derive it from first principles without the assumption of optimality.

Rather than focusing on one, albeit important, aspect of bacteria, namely protein synthesis by ribosomes, Dr. Pugatch, and his team took a step back and modeled the entire cell as a growing economy, using a formalism known as Leontif’s input-output model.

This model, developed by the Nobel laureate economist W. Leontief in the 1950s to understand economic growth, divides the economy into sectors.

To ensure sustained growth, each sector produces goods that are required by all the other sectors, including self-consumption.

The model was adapted to bacteria, which has a unique sector of “transcription-translation” machinery, capable of synthesizing all the machines required by all the other sectors, and, significantly, also capable of self-replication, given instructions (DNA) and raw materials (metabolites).

The transcription-translation machinery can be viewed as a “von-Neuman machine”, a machine envisaged by Von Neuman, a prominent 20th-century scientist with major contributions to mathematics, physics, economics, computer science, and biology.

A von-Neuman machine is a universal constructor capable of making any machine, including itself, given the right instructions and ample raw material and energy.

All self-replicating single-cell organisms have such machinery. This fact explains why the research findings are all-encompassing.

By comparing a living organism to a growing economy, Dr. Pugatch and his team were also able to derive mathematical laws that explain how growth is affected by temperature or by the presence of antibacterial agents.